Teddy Roosevelt loved North Dakota “ I have always said I would not have been President had it not been for my experience in North Dakota. It was here that the romance of my life began.”

Historically, he visited the badlands of ND first in 1883 to hunt buffalo as a 24 year old New York ‘dude’ ( or city boy). Then, he embraced the rugged outdoor cowboy life, and fell in love with the badlands of the Little Missouri River. 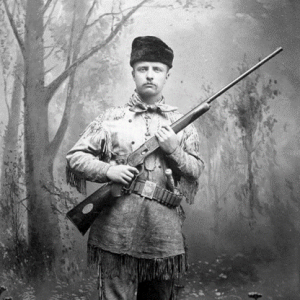 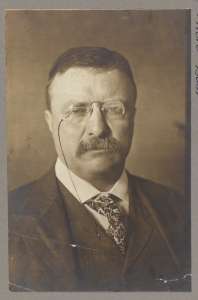 Teddy became a rancher and a cowboy: North Dakota ‘the love of his life’

Teddy claimed North Dakota was the ‘love of his life’. He returned there to grieve the death of both his mother and his wife on Valentine’s Day, 1884.

Later, Theodore Roosevelt served as 26th President of the United States, from 1901 to 1909. However, he is best known as a conservationist and for his environmental legacy. His achivements are many. Firtly, he expanded the National Parks system. Secondly, he established 150 national forests, five national parks and 51 federal bird reserves, according to the U. S. Department of the Interior. Eventually Roosevelt sold his ranches but continued to return to ND after becoming President, until shortly before his death in 1919 at 60 years old. 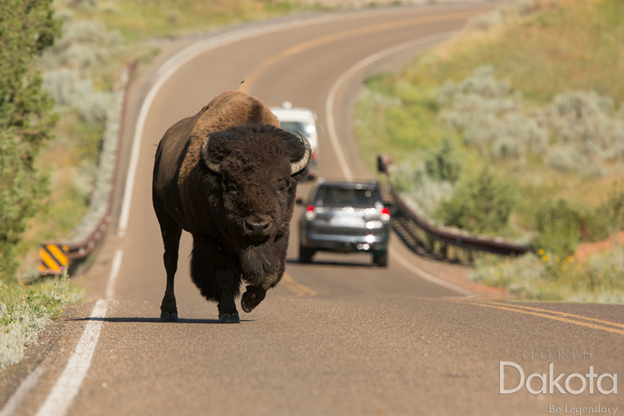 TRNP. There are sites thoughout North Dakota dedicated to Teddy Roosevelt and memorialising his deeds. 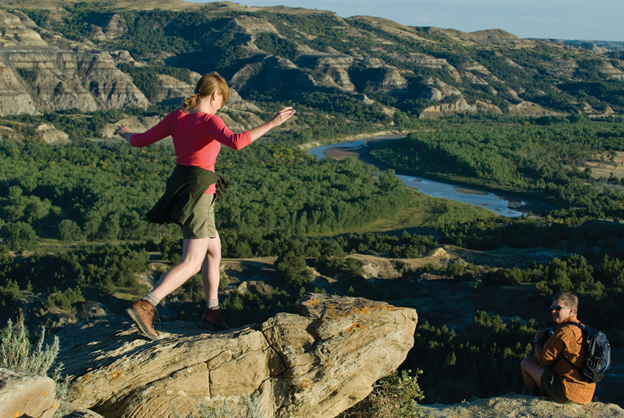 Teddy Roosevelt Fell in Love with North Dakota. And then a National Park Was Named After Him

There are two units of the pristine Theodore Roosevelt National Park in western North Dakota; the north and the south- plus the historical Elkhorn Ranch unit. Moreover, this is the only U.S. National Park named for a person. The Park is a haven for a variety of wildlife including buffalo, wild horses and donkeys, prairie dogs and an amazing array of birdlife. However, visitors must explore via the scenic loop drives or hikes as there are no buildings in the park.

The Theodore Roosevelt Wilderness area covers nearly 30,000 acres and was dedicated in 1978. 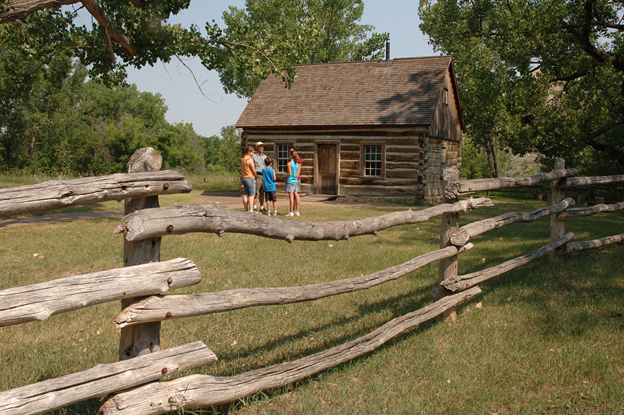 TR stayed at The Maltese Cross cabin on his first visits to the Dakota Territory in 1883 before he became President. Now, visitors to the Park can see it for themselves and happily it is located at the entrance to the South Unit.

Presidential library to open in Medora in 2022

The Medora Musical is a live Americana-style show running nightly in summer in the open air Medora amphitheater. This tribute show depicts some of Teddy Roosevelt’s experiences in North Dakota.

Currently, the Theodore Roosevelt Presidential library is under construction in Medora, North Dakota, near the entrance to TR National Park’s South Unit. Moreover, it will be both a museum and repository for his presidential record. The Library will be completed in 2022. Firstly, artifacts will include his RoughRiders’ uniform, his buffalo gun, his sword and hat, and 1884 diary. In this, he famously wrote on the day both his wife and mother died, “ The light has gone out of my life”.